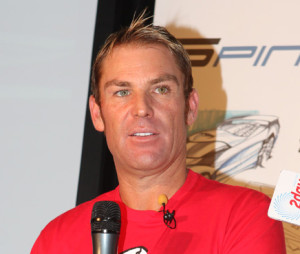 Shane Warne and Sachin Tendulkar have taken their respective groups in a three-match T20 display voyage through the USA. The matches took place in New York, LA and Houston and the occasion, titled “Cricket All-Stars Series 2015”, highlighted more than 25 resigned classic players with great records from other Test countries.

Warne had said he will likely bring the tournament back with many of the cricketers already signed up to play in future years, so did it increase in popularity? Well around 100,000 people attended the events and cricket has at least registered on the radar of many americans for the first time. Baseball fans were particularly interested as the stadiums were all traditionally used for their sport. Every one of the three are baseball stadiums – homes of the NY Mets, Houston and the world famous Dodgers – and the pitches were created at a respectable halfway point stretching out toward the inside field divider.

This surely needs to continue if it is to work long term, but for now, Sachin and Shane have made a big step in the right direction, and had a good time in the process. The on pitch microphones were a particular highlight as we listened to cricket greats while they played, and commentators even conversed with them during the match.